JUST when I was ready to dismiss the election on Monday as one more grand showcase of the proven perennial cheating by the Commission on Elections (Comelec), I happened to listen to an interview by the radio news broadcast “Partners Punto Derecho” of an organization calling itself Kuryente.org, said to be a pro-consumer welfare group. The interview dealt with looming massive power outages, particularly in Luzon.

A large part of the interview dealt with the nitty-gritty of how electricity is brought to consumers through the transmission lines of the National Power Grid Corp. (NGCP). It was said that the corporation has been deficient in its mandated function of procuring power supply reserves to ensure an uninterrupted supply of electricity. It is these reserves that should fill in the lack of power during outages. That brownouts do occur from time to time can only mean the NGCP has been remiss in its mandate.

The group’s lead convenor, Nic Satur Jr., cited the lack of ancillary services (a formal term for power supply reserves) due to NGCP’s failure to procure them.

“Hanggang ngayon wala pa rin (Until now nothing has happened),” Satur said. “Last year pa po, iniutos na ito — nagkaroon tayo ng mga Senate hearings tungkol dito at inutusan na sila na magkaroon ng ancillary services but until now, wala pa silang ginagawa (It was ordered to be done last year — there had been Senate hearings about this and they were asked to procure ancillary services but until now, they have done nothing).”

According to Satur, under the Philippine Grid Code, grid operators need to contract firm reserves. 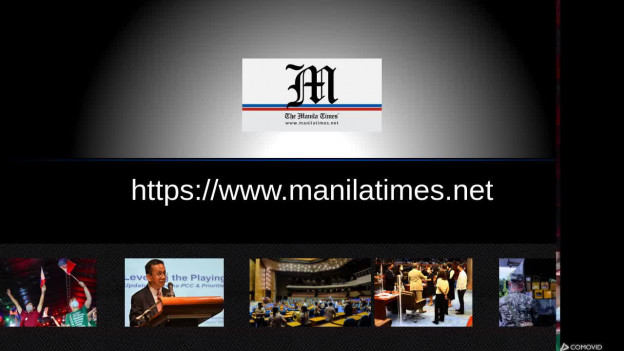 “That’s what we call the mandate of the law,” Satur explained. “The framers of the Epira law (the Electric Power Industry Reform Act) has identified that ancillary services are needed,”

Satur disclosed that when there were rotating brownouts in Luzon in June 2021, the Department of Energy called out NGCP for its failure to procure 100 percent of power supply reserves from firm contracts.

“Under firm contracts, power producers are required to provide reserves to NGCP once the latter demands it,” Satur elaborated. “NGCP has made public statements pledging to procure power supply reserves, but in February 2022, it postponed (without providing any explanation at all) its plan to procure reserves.”

Satur deplored that the NGCP is back to making promises, saying it will receive expressions of interest until May 12 for the procurement of reserves. He noted that the NGCP is being duplicitous in making those promises while at the same time telling the Department of Energy (DoE) that it is not required to follow an October 2021 circular requiring energy sector players to present a framework on how they should procure power supply reserves.

Satur debunked the NGCP’s argument that the DoE policy could lead to significantly higher electricity bills for consumers. According to him, the increase will only be at less than P1/kwh.

“The most expensive power is no power at all,” Satur added.

At the height of the Luzon brownouts, the NGCP claimed that the DoE policy could lead to an increase of P40/kwh in consumers’ electricity bills. This was cited as the main reason why they did not want to follow the DoE’s directive.

Kuryente.org also made a great point when they called on the NGCP to complete the transmission projects on time.

This is important since these projects allow power plants to start operating because they finally transfer power to the grid, which would then be given to consumers.

However, data from 2009 to 2019 show that the NGCP has been consistent in being late in completing these projects.

Going beyond the numbers, this means the NGCP’s shortcomings are leading to a low supply of power available to consumers, which results in a higher risk of brownouts and higher electricity bills given the consumer demand. This is quite ironic for a company that claims to be concerned about the price of electricity.

The recent threats of power outages in Luzon is unfortunately a repetition of what happened in the past, with the same problems appearing again and again and no solutions being implemented.

Once again, NGCP is being called out for its failures. Will the corporation finally wake up and decide to take a turn for the better?

My particular concern in this issue is the possibility of a massive power outage on election day.

“True,” said the Kuryente.org spokesman, “voting machines have reserve power supplies to deal with power outages, but just the same, prolonged brownouts could cause undue panic in voting precincts.”

The revelation brought memories of those days when I had not yet developed this utter distaste for the Comelec and thus faithfully exercised my right of suffrage. In those times, power outages were dealt with simply by lighting candles to illuminate the election proceedings, like the filling out of the ballots and counting of results. With the automated elections in which the casting and counting of ballots are done entirely electronically, sudden power outages could result in massive discrepancies in electoral results.

In simple terms, elections cannot be done without electricity. This means, in case of prolonged brownouts, all the easier for any cheating to be accomplished. And for one who has been very vocal against the Comelec cheat which I am, the revelations by the Kuryente.org on the deficiency of the National Power Grid Corp. which could facilitate cheating in the coming election is quite alarming.